Manchester United are facing a huge battle to keep their Premier League title hopes alive just three months into the season after failing to beat Burnley at Old Trafford. The Red Devils drew a blank against Sean Dyche’s men to slip eight points behind their rivals at the top of the division.

Jose Mourinho’s frustration was evident as his side failed to put the ball beyond Clarets keeper Tom Heaton despite having over 30 attempts at goal. The Portuguese was sent to the stands after his team were denied a penalty in the contest just days removed from being charged with improper conduct by the Football Association for comments made about referee Anthony Taylor.

The 53-year-old has lost his vigour in the dugout since his departure from Chelsea, which was sparked by his infamous bust-up with club doctor Eva Carneiro. That incident, along with his peculiar treatment of Eden Hazard, culminated in the Blues’ decline from title winners to strugglers in the lower half of the table before he was sacked in December.

United fans were expectant when Mourinho replaced Louis van Gaal following their FA Cup triumph at the end of last season. However, thus far he and the signings he has made over the course of the summer have failed to click into gear, enduring a worse start than David Moyes in the Red Devils’ dugout.

As a result, the latest Betway odds are backing United at 25/1 to win the Premier League crown, leaving them well behind their rivals. At the start of the campaign the Red Devils were deemed as one of the main contenders for the title along with Manchester City, but as the season has progressed they are far behind their competitors in every facet of play.

Zlatan Ibrahimovic was one of the most-sought after players on the market this summer, and United reportedly beat out several clubs to secure the signing of the free agent. The Swede was a revelation for Paris-Saint Germain in his four seasons at the club, scoring 113 league goals in 122 appearances, firing his team to four Ligue 1 titles on the spin. 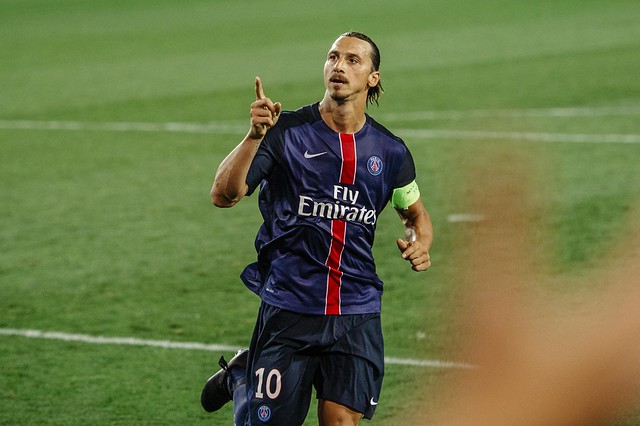 Despite being into the twilight of his career, much was expected of Ibrahimovic to translate his excellent form into the Premier League. He got off to the perfect start, scoring the winner in the Community Shield before notching three strikes in his first two top-flight matches.  The Swede rose to the occasion in the Manchester derby to get his side back into the game, but the Citizens clinched the three points at Old Trafford.

However, since September the 34-year-old has failed to hit the back of the net in the Premier League. A run that has stretched to six matches, and including games in the EFL Cup and Europa League the Swede has scored just once in his last 10 contests. Mourinho has used Ibrahimovic as his spearhead instead of captain Wayne Rooney and rising star Marcus Rashford.

Although he is an outstanding player his overall contribution to the United team is not worth a great deal if he is not finding the back of the net on a regular basis. His physical presence provides problems for defenders, but he cannot stretch the field to make space for the talent around him, including Paul Pogba and Juan Mata.

Ibrahimovic’s form could determine Mourinho’s fate in the United dugout, which has also taken a hit due to comments made by the Portuguese about his life in Manchester. Should the Swede return to his best form and the Red Devils reel off several wins on the spin then it would be hard to bet against them remaining in contention for the Premier League crown. However, if his slump continues until Christmas and beyond, then Mourinho could be put in a perilous position.

This site is an attempt to get all the Manchester United Blogs in the world under one roof, so that Man Utd fans the world over can have a one-stop website to see all their favorite Man Utd blogs in the one place, and hopefully a few new Man Utd websites as well!

Do you have a Man Utd blog or news site? Why not add your feed and join us today?